Accountability: How to reduce maternal deaths in Nigeria 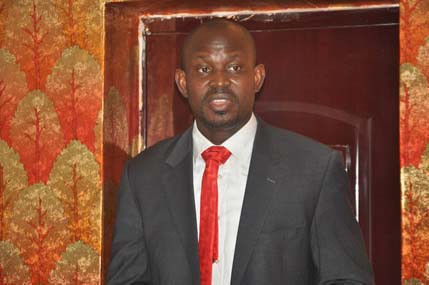 "Maternal Death is tragic - they are like accident, a woman hale and hearty goes to the labor ward to give birth and doesn’t come back.  What should have been a joyful event for everyone becomes a thing of sadness to the family and friends". Those were the words used by Dr. Wilson Imogan to describe maternal deaths.

The World Health Organisation (WHO) describes "maternal death as the death of a woman while pregnant or within 42 days of termination of pregnancy, irrespective of the duration and site of the pregnancy, from any cause related to or aggravated by the pregnancy or its management but not from accidental or incidental causes."

Maternal deaths do not only affect the woman, it also becomes a burden to the family and the nation. Dr. Wilson said, "it is a marker of our health service delivery and a marker of our economic well being. We now know that the human being is crucial to the national development and that health care is central to this, if we don’t have a healthy population we will not be able to give services, we will not be able to generate revenue, and so they will become dependent on government and because we do not have social services, it will be further stress and a reduction on our GDP". He said.

Speaking about ways to reduce maternal deaths in Nigeria, a health specialist and management consultant with the World Bank and member of the Society of Gynaecology and Obstetrics of Nigeria, Dr. Segun Adeoye, said  there was need to address maternal deaths from three types of delay in accessing maternal health care. [Dr. Segun Adeoye; Programme Manager, SOGON]

According to him, type 1 delay usually occurs at home or at the community level where the woman cannot go to hospital because her husband is not around or has not given consent while type 2 delay occurs at the facility level when the road between the community and the health facility is too long and inaccessible. "This is a type of delay where you find out that the woman is trying to go to the hospital but there is no transportation or the roads are not good and there is no fund to transport the woman to the hospital" he said.

Furthermore, the third type of delay has to do with the knowledge and attitudes of the health care workers at the facility level.

In summarizing the way forwards, Dr Segun advocates for enough funds and resources to health in Nigeria particularly maternal health, while urging government to recruit more skilled health care workers and ensure there are doctors where there are none presently. He said "government should provide adequate roads, enough ambulance resources to these health facilities so that health facilities can send ambulance to the community and even the PHC Centers when there is complications in pregnancy or during labour, so that they can eventually receive the adequate treatment". [Ambulance is essential for emergency cases]

"Government should make sure that health workers are adequately trained, properly informed and properly guided to know how to dispose themselves to women that are pregnant." he said.

Transparency and accountability have been adjudged the strength of a responsible government. Dr Segun Adeoye said "they (government) have made several commitments, even to put a minimum of 15% of budget to fund health; they should follow up with those commitments and make sure that these promises are not broken promises."

"Apart from resources, apart from budgeting for health, they should also make sure that they follow up appropriately by releasing those funds. It's not enough to budget funds but they should release the funds to whatever health care Interventions they have planned so that at the end of the day, we’ll have a robust health care system."

He encouraged the government to do some re-evaluation of the health system. According to him, the country ought to know "where we are, where do we plan to be? how are we moving? have we done right or wrong? and what can we do to move forward? so that at the end of the day we have a holistic approach to health care delivery to our Nigerian women."

He added that "it's only logical that the government should be accountable, worst of all, our maternal mortality of 576 death per one hundred thousand live births is scandalous, unacceptable, disgraceful, to a nation  in Africa that is regarded as having the biggest and most rapidly growing economy."

Nigeria has been ranked by the World Health Organisation among countries making progress even though a country like Cape Verde is on track and neighbours like Benin, Ghana and Togo have lower maternal mortality ratios.