Emeka Offor urges Rotarians not to relent in fight against polio 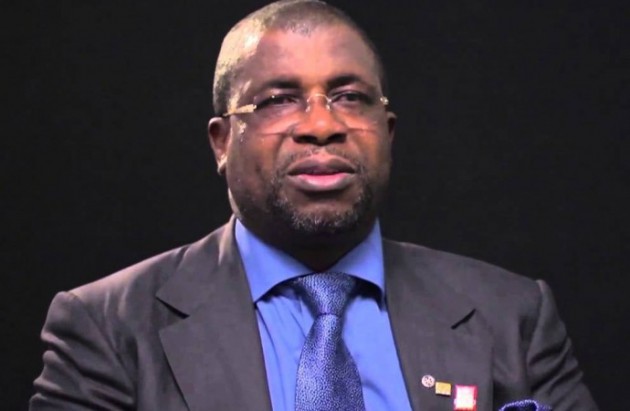 The Rotary International Polio Ambassador to Nigeria, Sir EmekaOffor has urged Rotarians in the country not to relent in the fight against Poliovirus.
Sir Offor who spoke at an event organised by Rotary District 9140 to celebrate the World Polio Day in Port Harcourt, Rivers State, charged the rotarians to “stay vigilant in the fight against polio,” insisting that the disease must be defeated.
Apparently angry over the recent isolated cases of Acute Flaccid Paralysis associated with Wild Polio Virus Type 1 in Borno State, he said: “The new cases in Borno are a constant reminder that we should never throw caution to the wind in our efforts to rid Nigeria of polio. Until the poliovirus is completely eradicated, our children remain at risk.”
Offor, however, commended the Federal Government and the leadership of the Nigeria National Polio Plus Committee for their timely response to the outbreak.
He, therefore, called on Rotarians, donors in Nigeria, Africa, and all over the world to “stand together and invest time and resources judiciously to ensure the success of the End Game Strategy.”
Speaking at the mass immunization exercise held at a Cottage Clinic in Obio, Rivers State, where over 50 children were immunized, the Polio Ambassador advised parents to ensure that their children are inoculated not only against polio, but also against all preventable diseases by coming to the centre.
He also noted that “polio is a preventable disease and every parent owe it to their children to get them properly immunized to avoid a future with struggles and limitations.”
Representatives from UNICEF, Dr. Abe; Rotary International Director North America, Brad Howard; Rotary Club President of Trans Amadi, Temple Onyekwena; Past District Governor of District 9140, Ijeoma Okoro; and Dr. Tunji Funsho, the Chairman of Nigeria National Polio Plus Committee participated in the administration of Oral Polio Vaccine to children at the centre.
The Polio Ambassador through his Sir Emeka Offor Foundation (SEOF) is estimated to have donated more than $3.85 million to Rotary International towards its various programmes, including the Centre for Peace and Conflict Resolution, Maternal and Child Health,Literacy and Education, and Polio Eradication, making him to be Africa’s single largest donor to Rotary International on polio eradication.
Read more at https://www.today.ng/news/nigeria/207219/emeka-offor-urges-rotarians-rel...