HomeProf Isaac Folorunso AdewoleHealth Minister: Why Buhari Could Not Be Treated in Nigeria

Health Minister: Why Buhari Could Not Be Treated in Nigeria 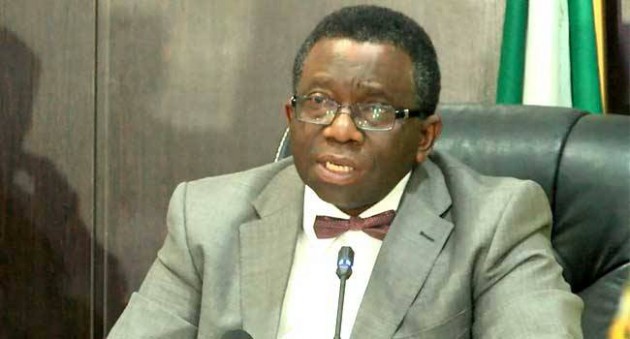 The Minister of Health, Prof. Isaac Folorunso Adewole, has assured Nigerians and the international community that there is no cause for concern over President Muhammadu Buhari’s health.

He also said that the president could not be treated in Nigeria because of the long existing bond between him and his foreign doctors, saying health was a complex issue.

The minister’s remarks on the president’s health came just as a presidential spokesman, Garba Shehu, said Tuesday that Buhari would win another election overwhelmingly because “he had paid his dues”.

Buhari is currently in the United Kingdom seeking medical treatment for an undisclosed ailment.

His current trip is the third in the past year solely for medical reasons.

“One thing we must realise is that health is a complex issue. There’s what we call patient-doctor relationship; there is also a bond between the patient and the doctor and these are things we can’t play with,” the minister said in an exclusive interview with THISDAY in Abuja.

Adewole, who is a professor of surgery, added: “I used to have patients in Ibadan and they still call me, and say ‘we will like to see you’. Then I have to say no to them because I’m no longer available and ask, ‘why can’t you see somebody else?’ But many of them are reluctant to do so. That’s the complex thing about health.

“We should give him (Buhari) that choice. What we really wish is for Mr. President to be well and hearty.

“However, this is also a complex country, so I am not too happy about some of the insinuations, because we should pray for our leaders. We should continue to pray for him,” he canvassed.

Still addressing the concern among many Nigerians and the international community over the president’s continuing absence because of his health, the minister said: “There is no cause for alarm,” describing Buhari as an unusual man.

According to Adewole, “He (Buhari) came back and told us that he was ill and that he was treated. When we have that type of leader, I think we can go to sleep.”

Assessing the administration’s performance in the health sector, the minister scored the government very high.

He said the first thing is that the president assured Nigerians two years ago that health care would be accessible and available to Nigerians, adding that the country was on the path to achieving that.