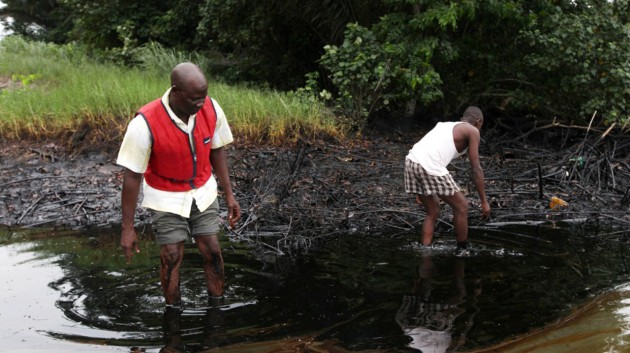 The new study by Prof. Roland Hodler and Research Assistant, Anna Breuderle, from the School of Economics and Political Science at the University of St. Gallen, found that of the 16,000 infants killed within the first month of their life in 2012, 70 per cent – that is around 11,000 infants – would have survived their first year in the absence of oil spills.

The study titled “The Effect of Oil Spills on Infant Mortality: Evidence from Nigeria” was published September 14, 2017, in Center for Economic Studies and Ifo Institute (CESifo) Working Paper Series No. 6653 and available at SSRN: https://ssrn.com.

According to the study, the National Oil Spill Detection and Response Agency recorded more than 6,600 oil spills from 2005 to 2015. Nearby oil spills increase neonatal mortality rate by 38 per cent per 1,000 live births.

Neonatal relates to the newborn and especially the human infant during the first month after birth. The researchers said shockingly, this corresponds to an increase by 100 per cent on the sample mean and these oil spills are the cause of an alarming human tragedy and the research calls for more attention to the issue from both the research community and the international public.

The researchers noted: “In a recent study, we provide first-time evidence on the effects of onshore oil spills on neonatal and infant mortality as well as child health. The study combines two geo-coded data sets: First, the Nigerian Oil Spill Monitor provides information on date and location of oil spills registered by the National Oil Spill Detection and Response Agency. Second, the Nigeria Demographic and Health Survey (DHS) 2013 provides the complete birth histories and information on the survival of children for 23,364 Nigerian mothers, along with geo-codes of their place of residence. It also provides height and weight measurements for children under five years of age.

“Our study analyses mortality within different phases over the first year of life. We thereby focus on children born to mothers whose reported place of residence is within 10 km from an oil spill, which has occurred between 2005 and 2014. For identification of causal effects, the study compares siblings conceived before and after nearby oil spills.”

The study found that oil spills, which occurred within 10 km prior to a child’s conception, strongly increase the risk of mortality during the first month of life.

“Specifically, nearby oil spills increase the neonatal mortality rate by 38 deaths per 1,000 live births, which corresponds to an increase by 100 per cent on the sample mean. The effect of oil spills on infant mortality is also relatively large, but not statistically significant. The effect on neonatal mortality is higher for oil spills that occurred in closer proximity, and it is highly persistent over time: nearby oil spills which occurred up to five years in the past still affect the survival chances of children born today,” the researchers noted.