Islam not against family planning – Cleric 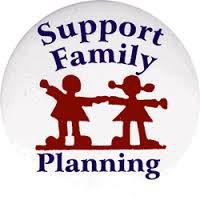 An Islamic scholar, Alhaji Muhammad Hassan, says the concept of family planning has been spelt out in Islam as contained in the Qur’an and tradition of Prophet Muhammad (PBUH) long ago.

The cleric, who represented the Secretary General of Ja’amatu Nasril Islam (JNI), Dr Khalid Aliyu Abubakar, said women in Islam are expected to wean their children after two years.

Alhaji Hassan, who is the Deputy Director, Administration, of the Nigerian Supreme Council for Islamic Affairs (NSCIA), noted that if the weaning guideline is followed, there shall be three years for child spacing.

Alhaji Hassan, who quoted the medical doctors likening women wombs to a balloon, advised the Muslim scholars to look into the issue of child spacing.

He said the Muslim scholars must play a leading role in promoting the necessity of parents to discharge their responsibilities to children.

“Allah told angels in Qur’an chapter two verse 30 that He will create a vicegerent on earth. So, we should marry and procreate. But we have guidelines in Qur’an and sunnah because our children must be given Islamic upbringing.

“The role of scholars is to go back and remind Muslims that we have family planning in Islam. So, we should develop a framework at Islamiyya (Islamic schools). Many Muslim scholars, who have wrong notion about family planning, have been sensitized. We need to promote good conduct,” the Deputy Director of Interfaith team added.