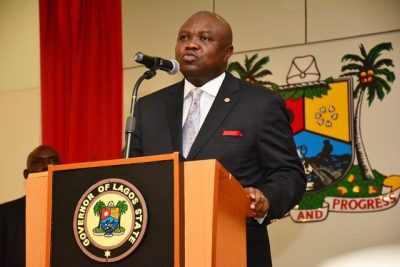 The Lagos State Government has reiterated its resolve to continue with the implementation of activities and strategies geared towards the reduction of maternal and child deaths in the State through its Maternal and Child Mortality Reduction Programme, the Special Adviser to the Lagos State Governor on Primary Health Care, Dr. Olufemi Onanuga has said.

Onanuga, who made this known to signal commencement of activities for the implementation of the first round of year 2016 Maternal, Newborn and Child Health Week (MNCH) celebration in Lagos, noted that the state government would not rest on its oars at ensuring that preventive measures against maternal and child deaths are embraced and adequate care for maternal and child health are available.

According to him, maternal, peri-natal and child (under-5 ) health indices have emerged as the most important health indices that determine global and national wellbeing adding that the 2013 National Demographic Survey, which is our national indices for neonatal, infant, under- 5 children and mothers are far from cheering.

The Special Adviser added that the 2013 national Maternal Mortality Rates of 576/100,000 live births compared with the 2010 data of 545/100,000 live births is an indication that everyone has to up our antic concerning maternal and child health interventions.

“It is for this reason that I fully lend my voice and support to the Integrated Maternal, Newborn and Child Health Strategy adopted in Nigeria as a panacea to frontally tackle the twin issue of maternal and child mortality”, Onanuga said.

Speaking on the state of preparedness of the State government to implement the first round of year 2016 MNCH Week slated to hold between Monday 13th and Friday 17th June, 2016, the Special Adviser explained that a wide range of high-impact and low-cost package of protective, preventive and promotive services will be provided to the whole family during the week in an integrated manner.

“These services will include routine immunization; Vitamin A supplementation; growth monitoring and promotion, screening for malnutrition and appropriate counseling and referral; administration of deworming medicine, and distribution of informative, educative and communicative materials”, he said.

The Special Adviser added that tetanus toxoid will be given to all women of child-bearing-age stressing also that medical counseling on key household practices such as exclusive breastfeeding, hand washing, oral rehydration therapy, as well as home management for fever and diarrhoea will also be provided for caregivers and other target groups.

“Family planning services will be available to couples and other eligible groups; there will also be antenatal care services for pregnant women who attend the clinic and these women will be given blood building drugs, Long Lasting Insecticide Nets to prevent malaria in pregnancy as well as other relevant drugs”, Onanuga stated.