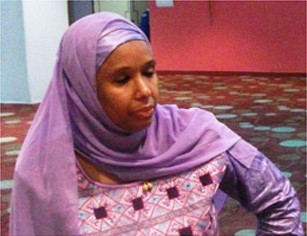 In a bid to throw more light on Nigeria's strides towards achieving the MDG 2015 targets, the NOTAGAIN team highlights some of the achievements that have been made, and suggests a way out for stakeholders.

Stakeholders and civil society members working to improve maternal health in Nigeria may have divided opinion about Nigeria's chances of achieving the MDG 2015 targets of reducing maternal deaths by three-quarters, the majority of them believe that more could have been done to reduce the deaths of women during child birth since the declaration of the MDG Goals.

Apparently, Nigeria seems to have made some remarkable efforts to reduce maternal deaths but experts think that it might be too late to talk about achieving the MDGs. An Obstetrician and Gynecologist from Aminu Kano Teaching Hospital, Dr. Hadiza Shehu Galadanci, told the NOTAGAIN team recently that it was unfortunate that Nigeria would not achieve the MDGs because the statistics given by the Nigeria Demographic Health Survey (NDHS) shows increase in maternal mortality ratio rather than the reverse.

Speaking on the chances of achieving the MDG, she said, 'unfortunately not, because you see the NDHS is giving us the figure of maternal mortality of about 570 or so and in year 2008 it was about 545, it means we have not moved anywhere and what we need is to reduce maternal mortality by the MDG rule from about 800 when we started in 2000 to two-quarters (sic) of that. We are talking about something towards 250 per 100,000 live births by year 2015. I am sure you can give the answer. So, really we are not moving as fast as we should."

What we have done?

According to the information on the website of the Office of the Senior Special Assistant to the President on MDGs, Nigeria has continued to reduce the Maternal Mortality Ratio, which is a commendable achievement. The information reads; "in 1990, it was estimated that 1,000 mothers died per 100,000 live births, in 2008 this dropped to 545". "Progress has been driven in a major part by the introduction of the Midwife Services Scheme, which has seen the reversal of the previously negative trend in the percentage of skilled health personnel attending births."

According to the MDG's office, the Safe Motherhood Programme and the Community Health Extension Workers' Programme are two other initiatives which have helped to bridge, to a large extent, the human resource gap that exists in the health system.

Similarly, the Chairman of the Association for the Advancement of Family Planning (AAFP), Dr. Ejike Orji confirmed that a lot has been done to reduce maternal mortality, but urged government to do more. "They are committed I would say. Pronouncement, yes, action yes in a way but we need more action. There is a lot of room for improvements. For the fact that the maternal mortality has reduced drastically shows that commitment. We feel that more is needed - it’s like we are completely in the habit before, now we are climbing out of that habit. We need to come to the surface completely. So, nothing will be enough for me until no woman dies from pregnancy related problems" he said.

What we need to do?

Dr. Hadiza described some of the free healthcare for mothers and children under -5 as more theoretical than practical and advised governments to complement free care with other crucial strategy to make it sustainable and accessible to women.  "We have visited hospitals where mothers complain of irregular supply of the drugs, they don’t get anything free, it is free on the part of government but when it comes to the health workers who render these services, they are not free," she said.

Meanwhile, the Chairman of the Association for the Advancement of Family Planning (AAFP), Dr. Ejike Orji has said family planning is the 'magic bullet' that takes care of all the women related issues. He said, "poor maternal health outcomes can be traced to poor family planning services, over population leading to low income per capital you can trace it to population, degradation of the environment because of human activities you can trace it to overpopulation."

According to him, investment in family planning, sustainability of Midwives Services Scheme through an Act of parliament and the implementation of the National Health Act are critical steps towards improving maternal health in Nigeria.