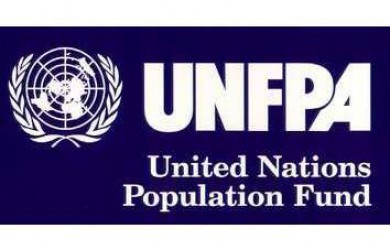 Millions of poor Nigerians are benefitting from a radical health systems strengthening programme funded by UK Aid which has established high standards for healthcare in five states and is set to be replicated throughout the rest of Nigeria in the years ahead. The programme clearly demonstrates the effectiveness of overseas development assistance, according to Abt Associates, the lead agency in the consortium responsible for implementing the project.

Every single day Nigeria loses about 2,100 under-five year olds and 159 women of childbearing age. This makes the country a major contributor to under-five and maternal mortality globally. (UNICEF 2015).

Women had limited access to ante natal care (ANC) and were ill informed about its benefits. Births assisted by a skilled attendant or in approved facilities were uncommon. The health system was fragmented, characterised by poor management of vaccines and drug supplies; insufficient training of health workers; inadequate staffing; poor planning and financing; and a federal government strategic plan with minimal focus on health.

“The PATHS2 program design was holistic, introducing a “concentric model” which places the mother and child at the centre of all support provided to the community, facility as well as state and national health ministries and agencies,” said Dr Amina Aminu Dorayi, Health Systems Strengthening and Maternal, New born and Child Health expert from PATHS2. “We implemented proven supply and demand side interventions that were contextual, enabling local ownership from the onset.“

PATHS2 has had a transformative impact on governance and accountability at all levels of health provision. National advocacy efforts strongly influenced the passage of the National Health Act, commonly considered the most important legislation in the country’s history for addressing Nigeria’s weak health system. The act provides an institutional framework for managing and regulating Nigeria’s health system. It also provides for additional dedicated financing for strengthening primary health care services and expanding access to a defined basic health package, to the benefit of all Nigerians.

PATHS2 introduced several innovations in service delivery and the management and deployment of essential health commodities, which contributed to major gains in health outcomes in target states.

Collaborating with state and local governments, PATHS2 supported implementation of the innovative Drug Revolving Fund (DRF) that guarantees that essential drugs and equipment are always at hand in health facilities – replenishing supplies as required and avoiding ‘stock outs’ of essential supplies which had been previously a consistent failing in the health system. By the end of the project, the proportion of PATHS2 supported public health facilities with a defined list of essential drug supplies in stock at time of visit had risen from 4% and 7% at baseline in 2009 in Primary Health Care (PHCs) and Secondary Health Care (SHCs) facilities respectively, to 87.5% and 93% in2016 in PHCs and SHCs respectively.

In the northern states of Jigawa, Kaduna and Kano, thousands of women are living in remote communities, miles from the nearest equipped and manned health facility. For many who faced pregnancy complications, the distances were simply too great, and the consequences fatal. PATHS2 pioneered the innovative Emergency Transport Scheme, working in association with the National Union of Road Transport Workers. Over the life of the programme voluntary drivers transported 6465 women with obstetric emergencies to health facilities equipped to deal with their situation, saving many women’s lives in the process.

In the three northern states alone, the combination of improved services and heath supplies, more and better trained health workers, and improved knowledge of the pregnancy and delivery danger signs among women and traditional birth attendants contributed to over 140,000 life years gained In the same three states, an estimated 267,579 supervised deliveries took place in public health facilities as of July 2014, compared to just 120,018 in 2009.

In the southern states of Enugu and Lagos, the percentage of women making at least four ante natal care visits rose from 35% at time of the baseline survey in 2012 to 85% by 2016. In the same period, the proportion of deliveries supported by skilled birth attendants rose in Enugu from 65% to 89.2% and in Lagos from 83% to 86.6%.