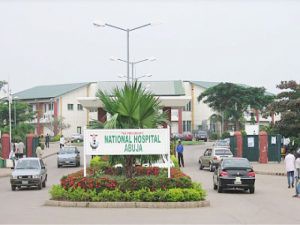 he harsh economic recession in the country has forced many people to withdraw from attending private hospitals and shift to seeking medical services in the public healthcare facilities which, hitherto, were not well patronised. SOLOMON AYADO writes
Just as the current economic recession has forced many families to resort to birth control, thesame way many Nigerians are no longer attending private hospitals to seek medical attention. They have changed their patronage to public health facilities and/or government owned medical centres that in the recent past, were not very much attended.
The resolve of many Nigerians to withdraw their attendance of private hospitals is subject to the present harsh economic condition.The people have alleged there is rise in the cost of drugs and other charges. Even as the federal government has assured  that it will boost the economy and enhance economic stability in the country, it is still not indicative hence the groan of some private health experts.
The crash in the economy has made life absolutely difficult for both the rich and poor. While a lot of persons have cut down their lavish  lifestyles, many people are presently more concerned in giving priority attention to meeting their basic needs. Like in the past when the economy was stable, there was means of livelihood and people could easily and openly display their uncontrollable high level of extravagancy.
Now, the difficulties faced by people in enhancing their welfare has suddenly overwhelmed the indulgence in exorbitant ways of living. Many Nigerians have parked their vehicles due to inadequate funds to maintain them. Several unwinding spots are becoming deserted, just as many may soon be shut down due to lack of funds to run them. As the recession has continued to take its  toll on businesses with hospitals inclusive, private health facilities in the country are definitely not having a  good time.
Although the administration of President Mohammadu Buhari has consistently assured that the recession will not last, saying the federal government was evolving proactive measures to stabilising the economy. What is, however, the concern of many is whether the government can match words with action and contend the financial crisis to improve healthcare delivery to foster rapid development in the sector.
Investigations have shown that healthcare services offered in private hospitals are more expensive comparable to that being provided in the public outfits.Because of this discrepancy and with the high level of hardship, many people can no longer seek healthcare services in private hospitals.Alternatively, some persons have resorted to traditional medicine due to the high cost of drugs.
It further revealed that private hospital owners have also decried reduction in the rate of prenatal and postnatal attendance. Of course, birth control helps families to succeed. Allowing to have children when  planned leads to better ways of affordable living, education, more job opportunities, and economic security. In fact, studies have shown that families get more stable economically when there is birth control where everyone can participate in the workforce.
It was gathered from reports that about 30 per cent of the people  in developing countries are missing out on ensuring proper family planning.They want to enjoy good living but aren’t taking into cognizance the economic dwindles.The World Health Organisation (WHO) has over time reaffirmed the need for birth control to enhance economic stability.
In most of the states in the country, it was found that the economic recession affecting the nation, coupled with shortage of foreign exchange,  is taking its toll on the Nigeria’s health sector with hospitals running out of drugs, even as there is low turn out of patients. Also, a survey conducted in the FCT and other areas confirmed that there is reduction in the attendance of private hospitals. Rather, a sharp rise in the patronage of public hospitals has come to bear.
“It is true that families are no longer patronizing private hospitals because of the hard economic situation. People are no longer eager to suffer unnecessarily. Like me and my husband, we resorted to public hospital and we have changed our family Doctor. We have also taken to birth control to be able to ease out the stress. School fees of children is very high and the struggle to provide food and cater for other needs is another big issue. People are careful but I believe it is really a difficult moment for hospitals.”
Mrs Cynthia Okon, a teacher who has four children, was one of the respondents who spoke to LEADERSHIP Weekend in Abuja. According to her, it has become imperative for families to think outside the box, cut down demands to match the contending harsh economic situation. She said attending public hospitals for medical treatment can be cost effective and affordable too.
While the views of Okon that public hospitals offer affordable charges that can make the people to cope better with the ongoing economic hardship, some members of the public have disagreed with the position, saying despite the high charges experienced in private hospitals, they outfits are more organized and quite efficient in handling patients.
“I will agree that many people are going to public hospitals nowadays because of the low charges there. But nothing can change me and my family to remove from the private hospital which we have been attending for decades. The money is not the problem but the services offered in the private hospitals are more organized and the personnel in them have esteemed regards for patients. Unlike in public hospitals where it is more of an all-comer affair, the environment is not conducive and the attitude of the staff is not always appreciative,” says Mr Ojo Tunde.
Read more at http://leadership.ng/news/556553/nigerians-abandon-private-hospitals-for...