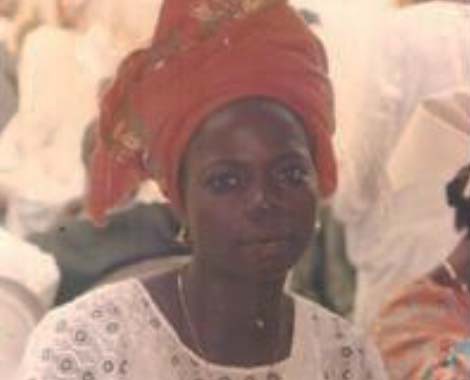 In this report, the NOTAGAIN editorial team narrates the underlying factors behind the death of Mrs. Folake Oduyoye, a Nigerian woman who died at LUTH for inability to pay the sum of 1million naira. This article covers the period of delivery to the aftermath of Folake's death and suggests a way forward to avoiding future occurrences.

When Folake Oduyoye left for hospital to deliver her baby on the 30th of August, 2014, little did she know that she would not return home to cater for her three other children and her would-be child Olumide.

A little background
Oduyoye was delivered of a baby boy through caesarian section at Midas touch Clinic Aguda, where she was said to have developed an infection from the operation that led to the birth of a baby boy, Olumide Oduyoye.

According to Mr. Oduyoye, a printer and husband of the deceased, the severity of the infection prompted a referral to Island Maternity and later Lagos University Teaching Hospital (LUTH) where she died after about three months from delivery.

Prior to her death, Mrs. Oduyoye was said to have been put under intensive care in the Intensive Care Unit (ICU) of the hospital (LUTH) and was discharged but detained for her family members' inability to complete the payment of 1 million naira out of the 1.3 million naira billed after discharge. It was gathered that the family have paid over 1 million naira incurred from the cost of drugs and other daily expenses.

Folake, aged 35 died at Lagos University Teaching Hospital (LUTH) on December 13, 2014 after a brief illness, which Mr. Oduyoye said was due to the detainment and abandonment of her wife by LUTH. According to him, Mrs. Folake Oduyoye was not treated despite being barred from leaving the hospital premises where she could at least get treatment.

"They did not treat her; they left  her in the hospital; they did not allow me to take her for good treatment; they depend on money; they don't care for human life", he said.

In response to her death, the Acting Chief Medical Director of LUTH, Prof. Chris Bode, told journalists recently that the woman died of pulmonic-related complications after being admitted unconscious on September 7 as an emergency case, following complications from a caesarian operation earlier performed in a private hospital.

”This lady came into LUTH in critical condition, unconscious and infected from caesarian operation performed in another hospital. She underwent a major operation in which plenty of pus was evacuated from her abdomen. She underwent a tracheotomy, creating a hole on her neck to enable her breathe and stay alive. She was admitted into the Intensive Care Unit, with multiple organ failure, for one month she was on ventilator, a machine which was breathing for her. She also developed two episodes of cardiac arrest from which she was rescued. She also developed renal failure for which she underwent four sessions of haemodialysis, ”  he said.

Group protesting the death of Mrs. Folake Oduyoye
Meanwhile, human rights activists have reacted to the death of Folake Oduyoye, describing the process leading to her death as sheer insensitivity of health workers and violation of her rights to personal liberty, which is guaranteed in section 35 of the Nigerian constitution.

The civil society group, headed by  Women Advocates' Research and Documentation Center (WARDC), wrote series of petitions and organised rallies in a bid to get LUTH to explain the cause of Folake's death and liberate other women in the custody of LUTH.

"So this walk today is to say No! Not Again should a woman die while giving birth. No! Not Again! We cannot continue to tolerate the detention of women in the hospital . They (LUTH) must release all the women", she added.

Similarly, the Executive Director, Women Arise, Dr. Joe Odumakin said "we gathered here today to say that we are tired of avoidable and needless deaths. Folake Oduyoye died as a result of negligence. She was detained, brought to the hospital on September 7 after being operated on. She was discharged on October 31st. Because she could not afford 1.5 million, she was then detained. After being detained in the hospital, she died on the 13th of December, making 45 days that she was illegally detained."

"So we are here to say that all those that are being detained because they cannot afford hospital bill must be released today", she said.

While many may argue that the death of Mrs. Oduyoye has passed the 42 days termination of pregnancy in which maternal mortality is defined, Oduyoye's death stemmed out of child bearing process and complications of labour.

Oduyoye's death has similar attribute to what the World Health Organisation describes as maternal mortality. According to the world health governing body, maternal mortality is defined as the death of a woman while pregnant or within 42 days of termination of pregnancy, irrespective of the duration and the site of the pregnancy, from any cause related to or aggravated by the pregnancy or its management, but not from accidental or incidental causes.

As a pointer to these factors, the Public Relations Officer (PRO) of LUTH,  Mrs. Hope Nwawolo,  was quoted in a recent interview with the Nation Newspapers that the institution was not running a free service, hence patients should pay for services rendered.

Speaking in contrary to the PRO's stand, a human right activist and Executive Director of Women's Consortium of Nigeria (WOCON), Chief Mrs. Bisi Olateru-Olagbegi said "the situation is very sad for this country because when you have a situation where if you don't have money you are not entitled to standard health, It is just terrible".

"When it comes to the issue of maternal mortality in Nigeria,  women don't want to go to the hospital because they know that when they give birth and they cannot afford the huge amount of money that the hospital presents to them, they normally detain them" she said.

To forestall future occurrences, Development Communications (DevComs)  Network, WARDC and other organisations implementing the NOTAGAIN campaign have urged the government to institutionalize accessible and affordable health insurance scheme to ease access to maternal and child health, and other health services.

Speaking on health insurance, Dr. Abiola said "in other hospitals in other countries, there is something they call Obama care. What does Obama care stand for? It cares for its people, when they have problem, when they are in the hospital".

Certainly, the circumstances surrounding Oduyoye's death is still an issue of debate and would probably be decided in a court of law since the concerned human rights activists are bent on knowing the real cause of Odutoye's death. Until that is settled, the only sure fact is that, she went from maternity to mortuary.