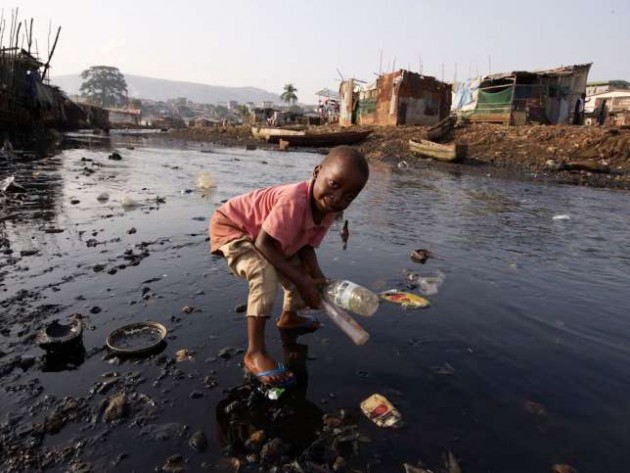 It was about midday in the sleepy town called Sogunro Community. Quietness pervaded the environment as if there were no human lives present. It was later discovered that most of the residents had either gone to their offices out of town or had gone about their business and trades. For the housewives or older residents; they were either resting in their own homes or just minding their individual business.


As Saturday Vanguard roved the community, it was hard to realise that this location is situated within the bustling Lagos city. Originally, the essence of the reporter’s visit was to ascertain the claims that lives of pregnant women in the community were at the mercy of a TBA popularly called ‘Baba Eja’.


Sogunro is a community on the Makoko/Iwaya Waterfront. It is regarded as one of the largest aquatic trading communities on the suburb of Lagos Mainland coast of the Lagos Lagoon. Sadly, so, it lags behind in some of the social amenities that make life comfortable.


A trip by Saturday Vanguard to the community leaves much to be desired.


As the canoe man paddled our reporter on musky water, Sogunro which inhabits over 100,000 people can simply be regarded as an “isolated community in its own world”.


History has it that Sogunro community comprises of displaced villagers in the late 1950s who lived in one of the villages such as -Abule Odubayo, Igan Oko, Abule Moso, Abule Aladiye, Pedoro, Sogbodie, Abule Elejo, Akinwunmi, Agege-odo -surrounding the present day University of Lagos (UNILAG) axis.


On the waterfront are different ethnic groups from across Nigeria and the Republic of Benin whose economic structures revolve around fishing, wood logging, sawmilling and boat making.


Despite a history that precedes even the Nigerian nation, Sogunro is dying for government attention for provision of basic social amenities like schools, standard hospitals, roads, potable water, security, stable power, standard market place and sanitation, among others.


Trooping out of the community to join the canoe that will paddle dwellers to the other side of the community were young and old women carrying assorted trays laden with wares of smoked fish known as ‘Egun Fish’ their major staple among several other items to be sold at the markets. Young children of school age were also seen hawking.