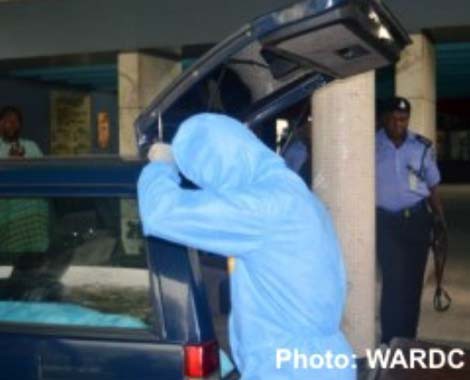 There is no gain saying that women still die during pregnancy and after child birth in Nigeria despite efforts by the federal government, donor agencies, health care providers and civil society  members to curb maternal deaths.

Nigeria is one of the 189 countries that agreed to reduce its maternal mortality ratio by three-quarters between year 1990 and 2015. By mid 2014, when the Nigeria Demographic Health Survey 2013 was released, it became apparent that the country was unlikely to meet a number of Millennium Development Goals, in which goal 5 is a key component.

All efforts at curbing the scourge had not yielded the desired result as there was an increase in the maternal mortality ratio (MMR) between 2008 and 2013 according to the report. The big question now is; why is the MMR increasing and why are women dying during pregnancy and childbirth?

According to her, the medical causes occur due to five medical cases including, bleeding, eclampsia, obstructed labour, infections and other diseases, while the social causes result from three types of delay.

Dr. Hadiza said, "now the medical causes, there are five causes of major death in Nigeria. One is bleeding, you either bleed when you are pregnant or when you come to deliver or after delivery, which is called obstetric Hemorrhage which causes about 24% of death in Nigeria from maternal death".

"The other is Eclampsia which is death associated with high blood pressure and convulsions. You get a young lady in labor and then her blood pressure shoots to the sky". "In fact northern Nigeria I can say comfortably say it’s probably more than the obstetric hemorrhage"

"Then you have sepsis which means infections, anything associated with the infection, such woman that have labored for days they will surely have infection"

The gynaecologist said first delay occur at home due to delay in making decision to go to a health care provider. She said the second delay is due to the lateness to get to the health facility after a decision to go to the hospital has been made while the third delay happens when the patient reaches the hospital and was not attended to promptly due to overwhelmed or shortage of health workers, lack of blood, light, water or drug as well as time taken to sterilize caesarian section kits where they are not sufficient.

"So, these are all the issues, at the end of the day she is an eclamptic, she stayed five hours at home before coming, another two hours at home before she gets to the health care, she’s in the hospital another one, four hours, so by the time you see her and you decide this is what to give her, it is too late, you can’t save her life. So, these are the various socio-demographic problems and determinants that lead to the death of a woman" said Dr. Hadiza.

As a way forward, Dr. Hadiza emphasized the need for public orientation and education, improved access to health care facilities, poverty reduction, provision of transport facilities and training of health workers to reduce the first and second and third delays. She also emphasized the need to go back to the drawing board and implement all the policies, laws and strategies that have been developed in order to reduce maternal deaths." I am sure if we do that we would be able to reduce maternal mortality because we know our answers. We always say that the answer to reducing maternal mortality is there and everybody knows it, but then we need the political will, we need the energy, we need government to really support that to able to get to where we want to." she said.

Meanwhile, the National Coordinator, Youth Action Movement, Dr. Kingsley Njoku has blamed corruption, political will and incessant strike actions for increase in maternal deaths in Nigeria. He said, "There are still some factors which affect maternal mortality. For a country like Nigeria really we know that the issue of corruption appears to be the problem because most times you see that funds that are being appropriated for a particular aim, at the end, you see that fund diverted. I also want to note that really there is this hustle and bustle among health professionals in the health sector, this has also not helped."

He then urged the individuals who have vehicles in communities to help women in labour to hospital and tasked government on increased funding and monitoring of the health sector. "Aside the fact that you want the government to do much more budgeting, financing, health care management, we as individuals can also do much to see how we can help if you know any pregnant woman and you know any way you can help the person. But the government on its own needs to increase funding access and then monitor those funds," he said.