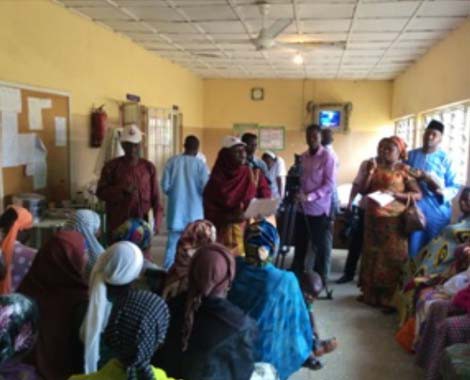 Pregnant women accessing antenatal care at Yakasai Primary Health Centre in Soba Local Government area of Kaduna has appealed to the authorities of the hospital to upgrade the facility to operate 24 hrs a day and increase health workers in the centre.

This appeal was made during a visit to the community recently by NOTAGAIN Campaign and other civil society organisations (CSOs) in the state. It was gathered that bad roads, inadequate health workers and lack of care for women undergoing labour at night, were major challenges facing the residents of the community.

An expectant mother, Talatu Haruna while speaking with journalists said ''we don't have doctors and the health workers don't work at night. I know of a lady who started having labour pains around 1am. Many get to have complications at about then even when they are brought here because the staff don't work at night.

Another patient who spoke anonymously said ''they don't have people here working at night. It won't be a bad idea if health personnel are added to those working here''.

Meanwhile, residents of the community said they are yet to feel the impact of the ambulances being donated to local governments across Kaduna State while bad roads and inadequate health workers may continue to increase number of births delivered at homes.