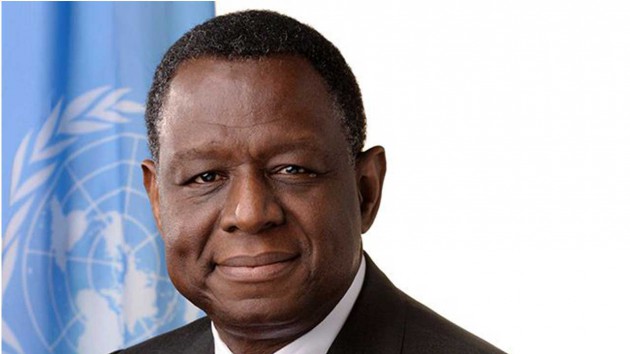 Of this figure, the Ministry of Health has pledged to budget $3 million for next year.Executive Director of the UNFPA, Dr. Babatunde Osotimehin stated this in a statement at the end of his visit to Nigeria.

Osotimehin noted that the inability of Nigeria to provide sufficient funds to procure these commodities would not affect UNFPA’s contributions to Nigeria, which amounted to about $7 million for commodities and lifesaving drugs in 2015.

He described the $12 million to $16 million funding requirement as a small amount considering the huge return on investment, saying, “nobody can place a value to life.”

The UNFPA chief said he had secured the commitment of Nigeria’s health minister to set aside money to buy these commodities.“This is in addition to a commitment obtained at a meeting the UNFPA executive director had earlier in the year with the president and the minister of finance on a business case for family planning whereby Nigeria will annually just increase its contributions to getting commodities for the country until when the nation will be solely responsible for getting these commodities.”

On when the UNFPA would withdraw its aid to Nigeria, he said the agency would build on the business case for family planning until the country’s budget could finance the responsibility of procuring these commodities.

He urged the media to highlight the benefits of family planning to women and young girls.Osotimehin expressed happiness with the level of improvement of the wellbeing of girls supported by the Adolescent Girls’ Initiative, as most of the girls were unable to communicate in English language before the programme.

“UNFPA would like to clarify that the executive director did not mention $34 billion as the agency’s expenditure on maternal and lifesaving commodities for Nigeria during the media briefing, as reported by a news medium,” the statement stated.